King Edward was less restrictive than his mother. He also liked to wear more lavish clothing and jewels than she did. Together with his beautiful Queen, Alexandra, he ushered in a new Age of Opulence. Cartier became the official jeweler of the new king and queen. During this time, Cartier also became the first jeweler to successfully design jewelry made of platinum. Platinum was much stronger than gold or silver. It could therefore be worked into the delicate, lacey filigree work that was the signature feature of jewelry in Edwardian times. 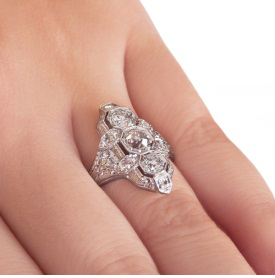 Queen Alexandra's favorite color was purple. King Edward's was green. So naturally, much Edwardian jewelry was made with gemstones in these colors. These gemstones were peridot, emeralds, green garnets and amethyst. These gems looked lovely against the white metal platinum, so favored during this time period. They were almost as popular as diamonds and pearls during the Edwardian era. Moonstones and opals were also popular.

Queen Alexandra influenced both Edwardian jewelry and fashion. She was known for her diamond and pearl tiaras and dog collars." She also wore long strands of pearls wrapped loosely around her neck several times. As for jewelry designs, she favored lavish 18th century themes of garlands, wreaths, bows, tassels, ribbons and lace. 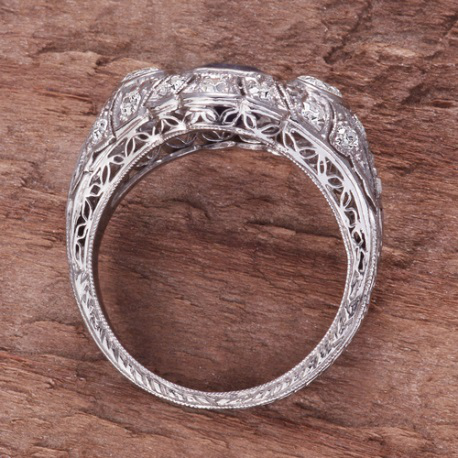 Thanks to Cartier's platinum, it was possible to create intricate, light weight versions of these objects. These beautiful filigree pieces also imitated the lacey and embroidered silks popular during Edwardian times. Women favored any light and airy fabrics in pastel colors. Edwardian jewelry had to be lightweight to be worn on these new, delicate fabrics.

In 1902, Joseph Asscher introduced the world to the Asscher cut for diamonds. It was an attractive octagonal shape with 74 step facets around the crown. Asscher cut diamonds became extremely popular in Edwardian lacey filigree engagement rings. 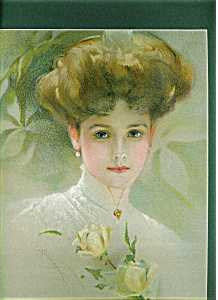 When the titanic sank in 1912, even Edwardian mourning jewelry was less somber than its Victorian counterparts. White and black became the new colors of mourning, not just stark black. Mourning jewelry was often made of platinum and onyx. This light and airy look for jewelry and the popularity of platinum lasted until World War I. Platinum was needed for the manufacture of weapons and therefore was no longer available for jewelry.