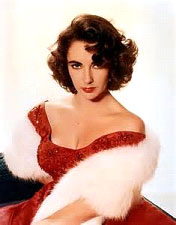 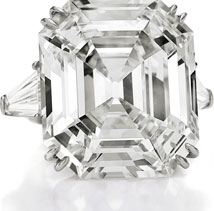 Elizabeth Taylor began acting in the early 1940s when she was 9 years old. She grew into a highly successful silver screen beauty during the 1950s and 1960s. In 1961, she was paid a million dollars to play opposite Richard Burton in the epic film, Cleopatra. At the time, it made her the highest paid actress in Hollywood.

The femme fatale began her affair with Burton during the filming of Cleopatra. Both parties were still married at the time, Burton to his first wife and Liz to her fourth husband, Eddie Fisher.

It apparently bothered Richard Burton that his mesmerizing bride-to-be had received multiple engagement rings before. So upon their 1964 engagement, he skipped the ring and presented her with a spectacular emerald and diamond necklace. It was worth way more than anything her previous hubbies had coughed up for the violet-eyed beauty. 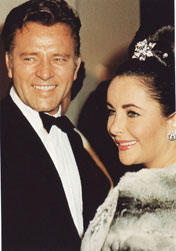 But apparently Liz was holding out for another engagement ring from the love of her life, Burton. In 1968, four years after their first marriage, he presented her with the jaw-dropping Krupp diamond, a 33.19 carat Asscher cut diamond he paid $305,000 for at the time. (Click here to learn more about Asscher cut diamonds.) He made sure the Krupp diamond was bigger than any of the engagement rings Liz had received before.

The enormous diamond was previously owned by socialite and actress Vera Krupp. She had been married to the wealthy head of Krupp AG. This German industrial giant manufactured military arms, vehicles and equipment for the Germans in World War I and for the Nazis during World War II. When Vera died, the Krupp Diamond went up for auction at Sotheby's where Richard Burton purchased it for Liz.

Elizabeth Taylor always enjoyed mentioning that the Krupp Diamond now belonged to a nice Jewish girl." (She converted to Judaism in 1959 after Michael Todd was killed in a plane crash and prior to her marriage to Eddie Fisher. Both men were Jewish.) 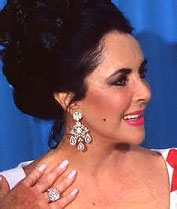 It's obvious that Liz was well pleased with Richard Burton's gift. She wore the Krupp Diamond for the rest of her life and flashed it for the media whenever she could. You could definitely say this spectacular engagement ring was well worth the wait.

Here are the specifics on the Krupp Diamond ring: